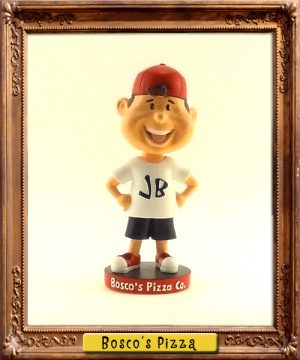 In 2012 Bosco’s Pizza commissioned the Bobble Factory to re-create their famous mascot, Johnny Bosco, into a Bosco’s Pizza custom bobblehead doll. Bosco’s used the bobble to help drive sales of Pizzas & Breadsticks.. For every 10th pizza sold, Bosco’s would give patrons the bobblehead.

Bosco’s Pizza, the Warren, MI based Pizza restaurant and food distribution company known for their Bosco’s Pizza sticks, where one of the many companies loosening their corporate purse strings and spending more money on corporate promotions to promote their brand.

All indications where that the custom bobbleheads were a massive success and it was reported that sales increased to $51 million dollars for Bosco’s in 2013. Is it any wonder that the brand was acquired by Tyson Foods a little later? At the Bobble Factory we like to think our custom bobble played apart in that transaction. 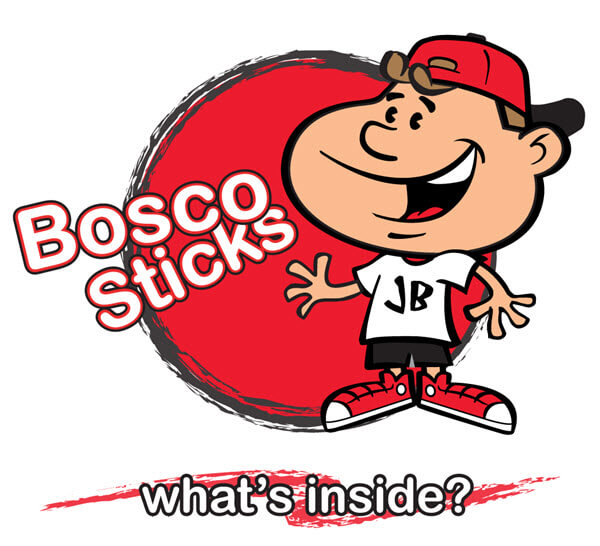 It does have a devilish grin doesn’t it? It’s good, it’s me!

I  just got my hands on one…I couldn’t be more pleased. I’m so grateful for your hard work, the paint, packaging, bobble action and overall quality is a major upgrade, and to be able to get them on time – remarkable effort on your part.

The quality of the piece is truly awesome…Every one of our clients who has recently visited our office has left with a smile after seeing this tremendous life size bobblehead doll.

This site uses cookies. By continuing to browse the site, you are agreeing to our use of cookies.